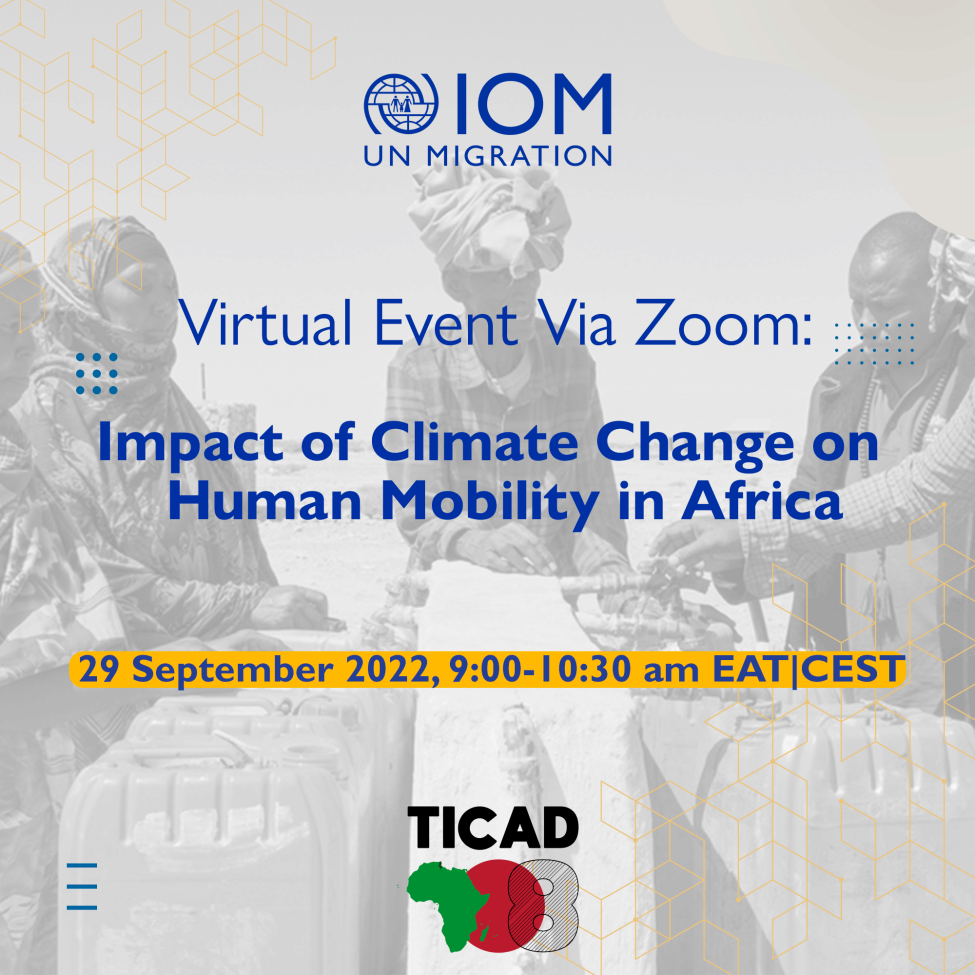 Attended by Amy Pope, IOM Deputy Director General and high-level speakers from the African Union and representatives of Egypt and Cameroon as well as the Japan International Cooperation Agency (JICA), the event discussed the initiatives and good practices from the countries in Africa to address the linkages between human mobility, climate change, disaster risks, fragility and conflicts and Japan’s cooperation with Africa in supporting the HDPN approach in climate-vulnerable, fragile and conflict-affected countries.

“Whilst TICAD 8 Tunis Declaration clearly recognizes the interlinkages between climate change, fragility and peace in Africa, IOM commend African countries for initiating actions to address fragility linked to climate change in order to ensure peace and stability in Africa,” said Amy Pope in her opening remarks. “IOM has been implementing a number of projects across Africa to address such challenges by using an HDPN approach, and Japan is the key donor and partner of IOM’s interventions. IOM is ready to support Africa’s efforts for addressing environmental and climate-related challenges that affect sustaining peace and stability in Africa.”

“The African Union, as the co-host of TICAD, welcomes IOM’s initiative in organizing this side event on the occasion of TICAD 8. Climate change adaptation and peace and stability in Africa are featured in the development aspirations of the Agenda 2063,” noted Mr. Harsen Nyambe Nyambe, the Director, of the Directorate of Sustainable Environment and Blue Economy at the African Union Commission.

According to the World Bank’s Groundswell Report (2021), by 2050, without concrete climate and development action, just over 216 million people could move within their own countries due to the slow-onset impacts of climate change. This figure is estimated to be 19.3 million (representing 9% of the subregion’s projected population) for North Africa while 85.7 million (representing 4.2 % of the total projected population) for Sub Saharan Africa.

IOM Marks One Year of COVID-19 Vaccination Campaign in Libya